In a previous post - Moda's New-ish Designer - we promised to tell you more of the story behind Ladies’ Legacy, Barbara Brackman’s upcoming fabric line. Not surprisingly, it all started with a quilt… 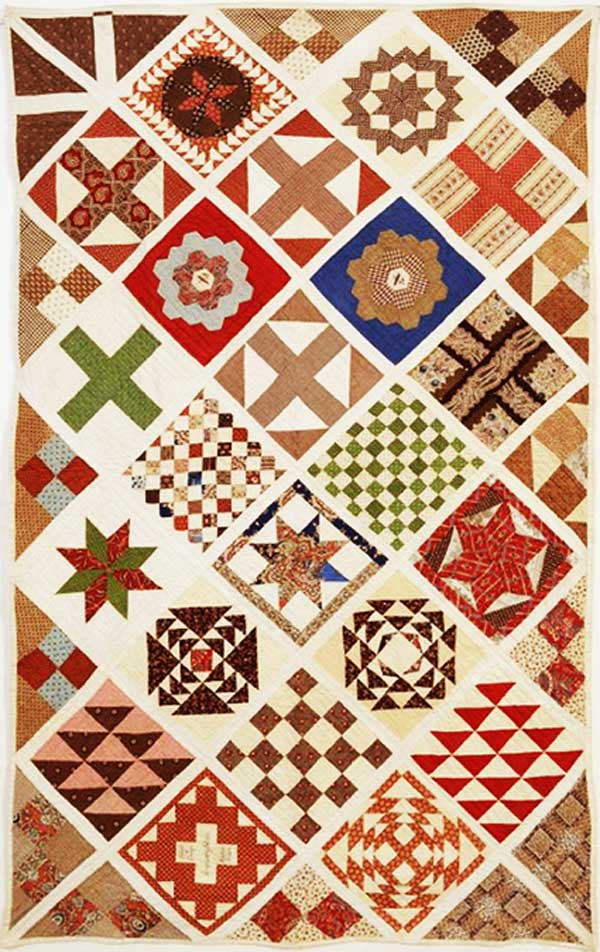 The quilt was stitched by the members of the Sanitary Commission during the Civil War. “The army felt no obligation to care for you if you were wounded,” says Barbara. (One of her three blogs is dedicated to Civil War quilts http://civilwarquilts.blogspot.com/.) “So, following Florence Nightingale’s example in Europe during the Crimean War, women formed a Sanitary Commission, which was kind of like the Red Cross. They were involved in building, furnishing, and staffing city and field hospitals.” 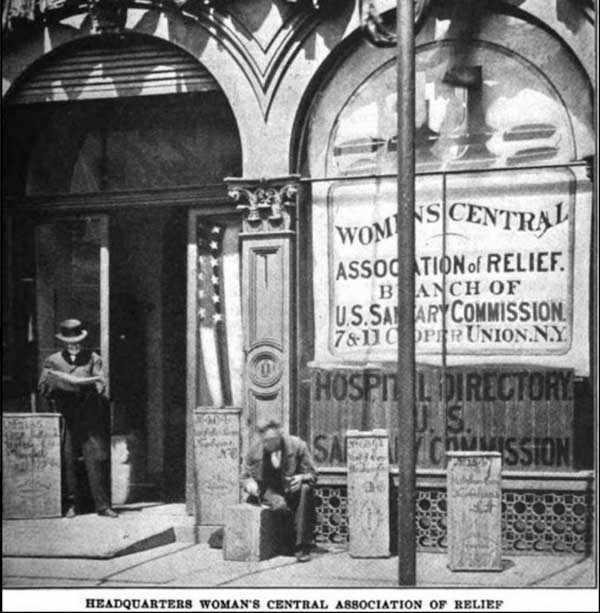 The Commission was headquartered in New York City, in a building that was part of Cooper Union, an art school founded in 1859 by Peter Cooper that gave a free education to men and women alike. Peter’s wife Sarah Bedell Cooper was a founding member of the Sanitary Commission. The New York branch was called the Women’s Central Relief Association. 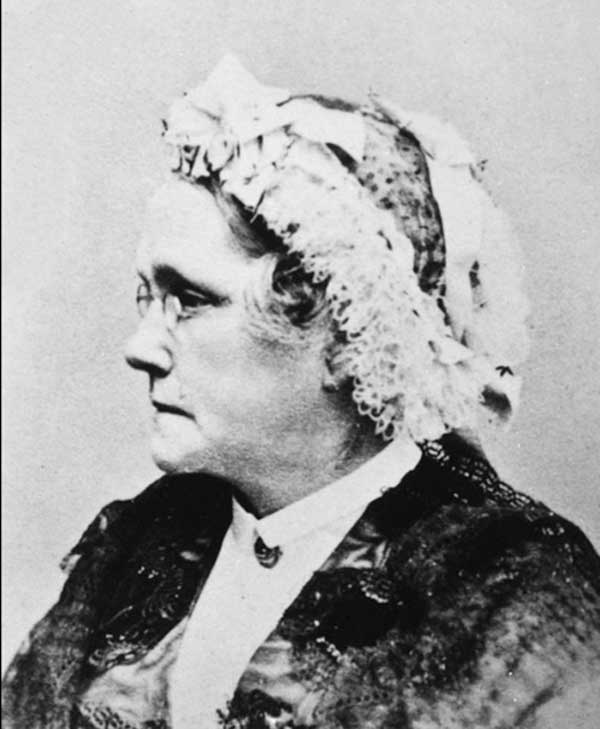 In addition to raising funds for hospitals, the Sanitary Commission created rehabilitation homes for wounded troops, and taverns where weary soldiers could stop for a rest and (non-alcoholic) beverage. “Men were at the top of the organization, of course, and many did a lot of good,” says Barbara. “But women were working at the grassroots level. They did so much—it makes you proud to be a woman. Every little town had a Sanitary Commission branch.” 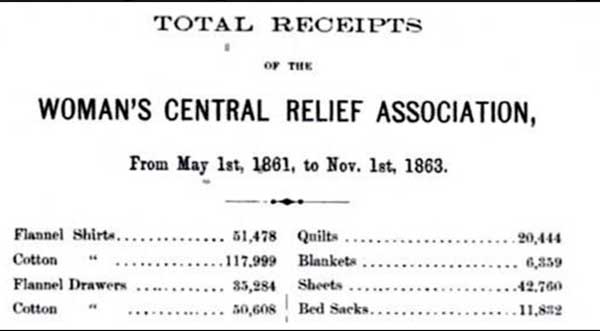 Women all over the Union were mobilized to make bedding for the hospitals and inns. Quilt historian Virginia Gunn estimated that 125,000 quilts and comforters were made and distributed by the Sanitary Commission. The requested quilts were to be of inexpensive cottons and hospital bed-sized: approximately 50” x 84”.  Many were stamped with the Sanitary Commission seal. 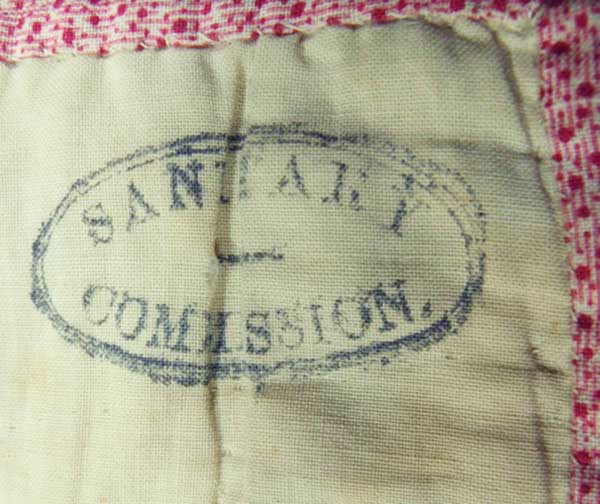 Life in a battlefield hospital was hard on quilts and of those many thousands, only about 20 are known to still exist, in museums and private collections. When Barbara saw one for sale in 2019, she couldn’t resist.

Researching the quilt, which she estimates dates to c.1865, has been a tremendous pleasure for Barbara. Its size—54” x 88”—fits with those requested by the Sanitary Commission. Though it lacks a Sanitary Commission stamp it was embroidered “School of Design Engraving Class, Cooper Union” indicating it was likely made by the women who were studying there to become magazine illustrators. 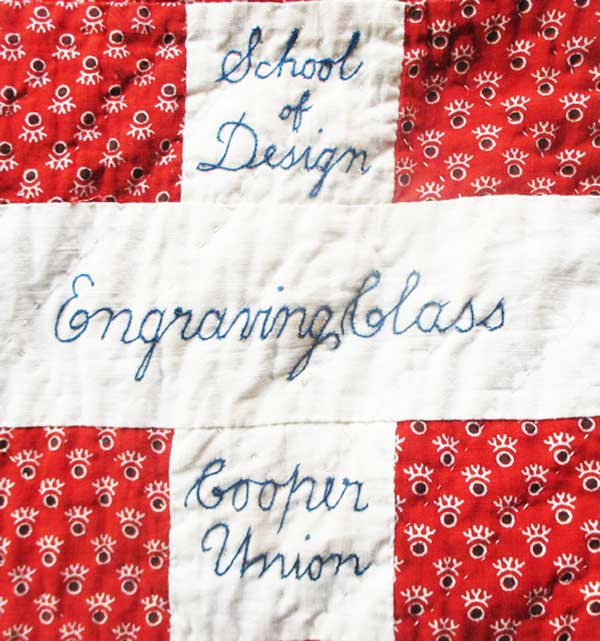 Though it was stitched for use by wounded soldiers, because of its excellent condition Barbara believes her quilt never made it to a hospital. She chose to name each of the prints in her Ladies’ Legacy collection for a volunteer who worked during the war in the Women’s Central Relief offices in New York, which sent out 34,000 quilts and blankets. “The fabrics come directly from this wonderful quilt,” she says. 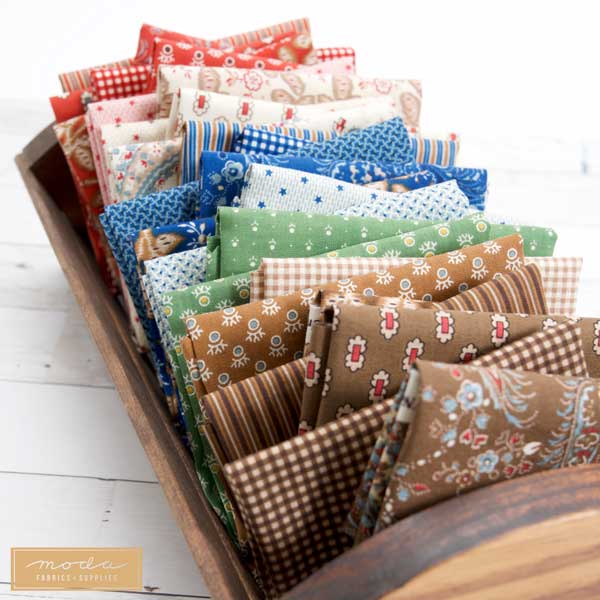 While Barbara loves fabric as much as the rest of us, she knows that preserving quilt history entails archiving the patterns, correspondence, and other papers and ephemera of quilters and quilt historians. It’s fitting then that she’s chosen to donate a portion of the proceeds from Ladies' Legacy to the Quilt Research Collection at Archives and Special Collections at the University of Nebraska Libraries in Lincoln.

And if this story inspires you to stitch your own quilt, there will be a Moda Kit available to help you do just that! 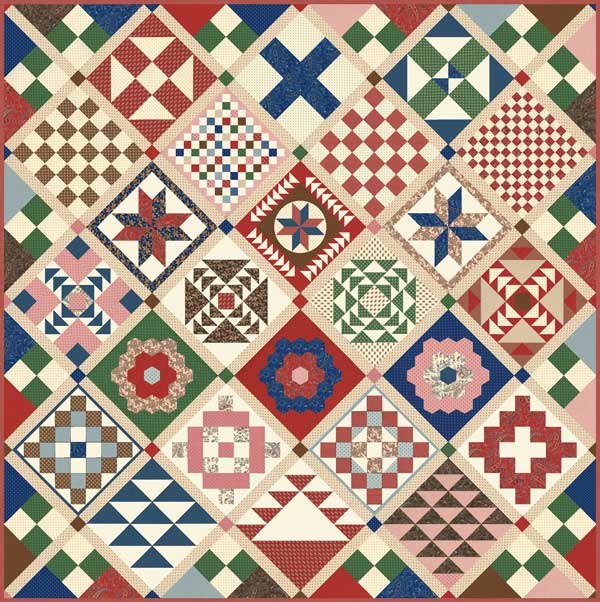 Finally, Barbara Brackman's Encyclopedia of Pieced Quilt Patterns is back. 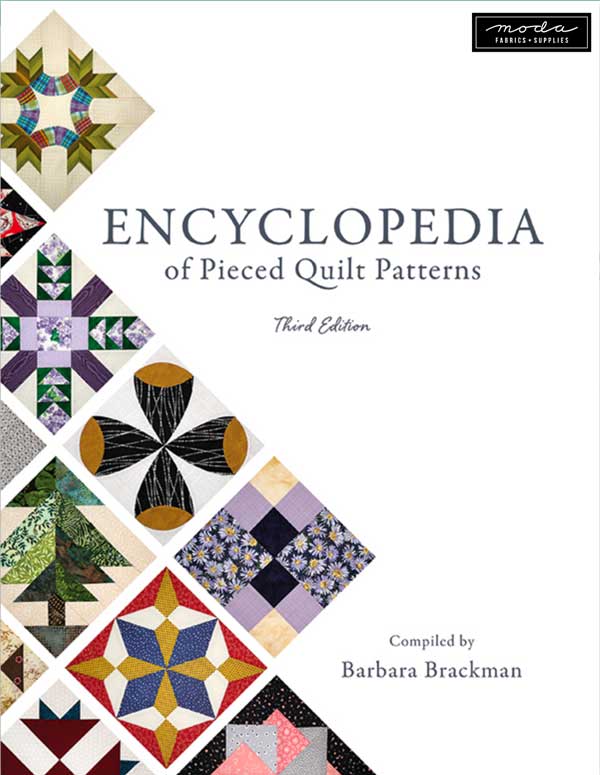 Updated and in color, the Third Edition will be available in December 2020.

It will help pass the time while we wait for Ladies' Legacy to arrive in shops.