It's National Sewing Month, and we're talking with some of the folks who make sewing their business. First up is Doug Leko of Antler Quilt Design who says his love of fabric inspires his prolific output of patterns and books.

Doug Leko says that being a man in the quilting industry is not all that unusual. “There are more of us than people realize,” he says.

But what is unusual is the age that Doug became part of that crowd—he started quilting when he was just five, completed his first quilt when he was eight (see the photo below), and dipped a toe into the business side with his company Antler Quilt Design when he was just fourteen. 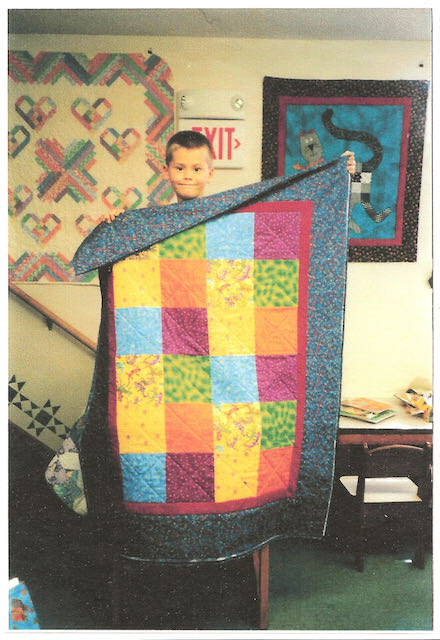 Since then his patterns have appeared in all the national quilting magazines, his name is on twenty-one books (including one with Martingale and twenty he’s self-published), and he’s designed more than 120 single patterns.  And in 2018 he became a sales rep for Moda. “It’s all gone by so fast!” he says. ‘

Doug’s passion for quilting can be traced to his mom, Elaine (with Doug, below). “She’s always sewn and quilted and if I was going to hang out with her, she was going to show me how to quilt,” he says with a laugh. When Doug was ten, Elaine opened Silver Lane Quilting in their basement and a year later she opened a brick and mortar store. 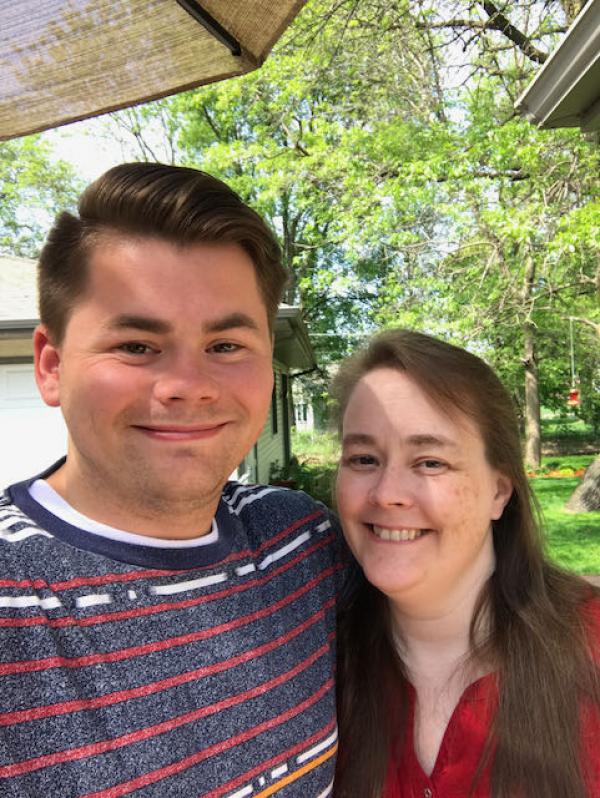 There Doug got to know Moda designer (and then-Moda fabric rep) Eileen Taylor and jumped at the chance to design patterns for her Holly Taylor fabric lines. This led to designing for other designers and he also started traveling, speaking, and teaching for guilds around the country.

“It’s such a fun, giving community and I love seeing quilting through other’s eyes,” he says. “I love watching how people sew—everyone’s process is different.” (His 2010 Quilt Market booth, his first, is below.) 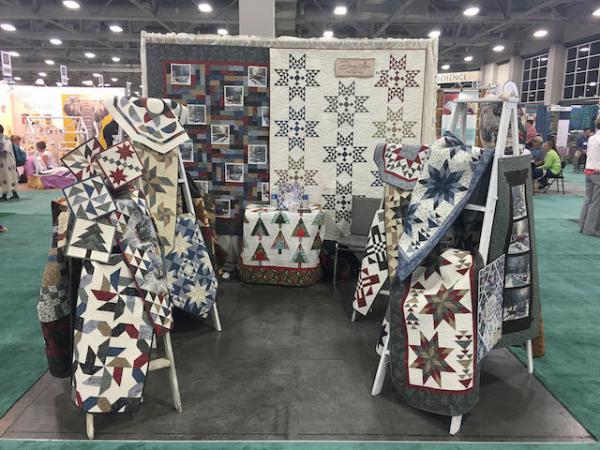 Fabric and color provide much of the inspiration for Doug’s patterns. “It’s kind of like the clichés about no rules endless possibilities,” he says. “There are so many things you can create.” He strives for ease of construction in his patterns. “I like making them look more challenging than they look,” he says. “The biggest compliment is when I hear ‘Your pattern was a breeze.’ If you’re a diagram person you can use the diagrams and if you’re a word person you can use the words from start-to-finish. Every step has pressing instructions, size measurements. I’ve listened to what the customers want.” (Below is his newest book, Tabletastic 2, which includes patterns for 14 table runners and 6 table toppers.) 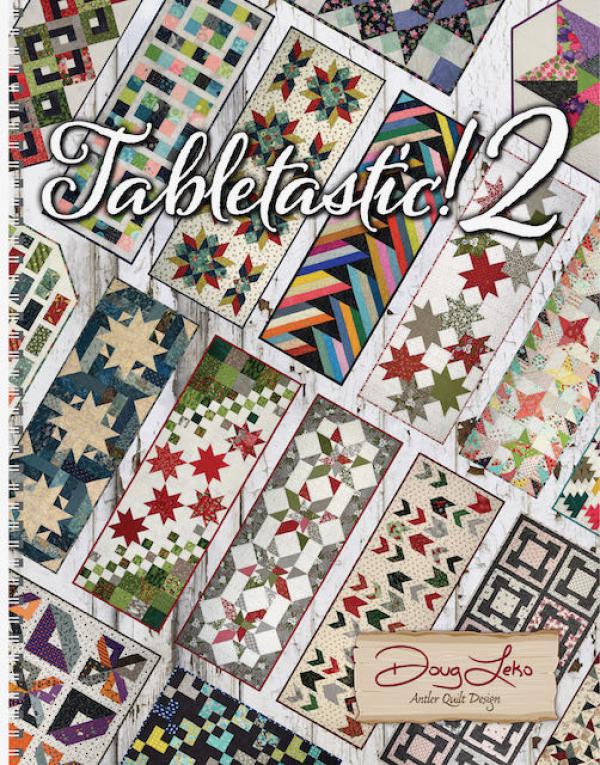 Working as a Moda rep provides fodder for Doug’s patterns and he enjoys “playing” with fabrics all day long, then going home and including them in new designs. “I love that part of it, it keeps it fresh for me,” he says. (This is his popular Fractured pattern in Ruby Star's Speckled fabrics.) 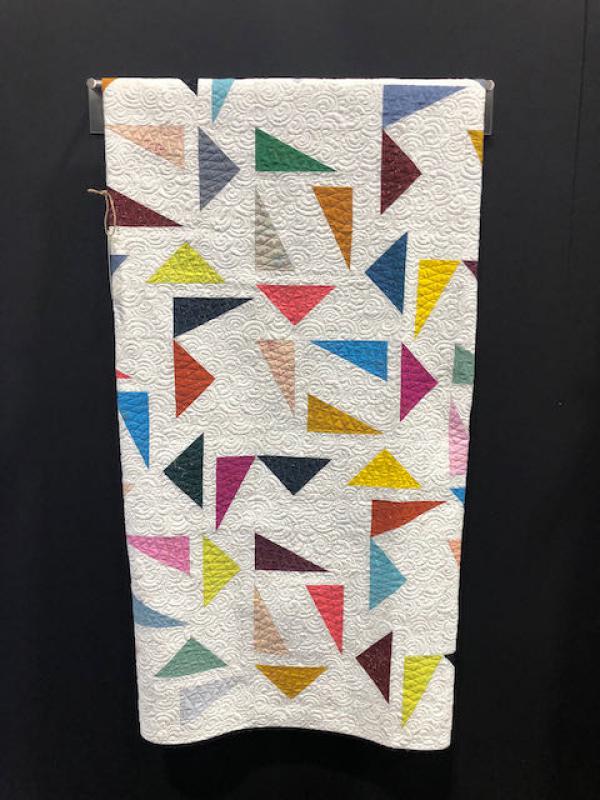 Doug’s grateful for his connection with Moda. “Mr. Dunn and Moda have been phenomenal to me,” he says. Doug was thrilled that Moda agreed to distribute his patterns when he was just 16, but it also presented some challenges. “I got a call one day from [Debbie] Outlaw who said “Doug, I need this right now” and I said “I can’t get it to you—I’m in class!” He was still in high school. 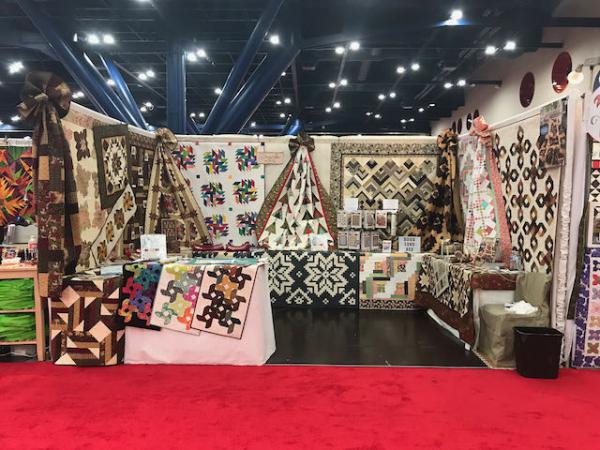 Today, Doug has a spare bedroom full of quilts and a laundry room full of patterns and books. (That's his 2018 Quilt Market booth above.) He still works with his mom, who closed Silver Lane Quilting ten years ago. “I worked for her for years and now she works for me!” he says of her help with book and pattern editing and order fulfillment. Doug feels lucky to be able to make a living in the quilting world. “Quilters are great people,” he says.

For more about Doug, visit his website and ask your local quilt shop about his books, ruler, and patterns.